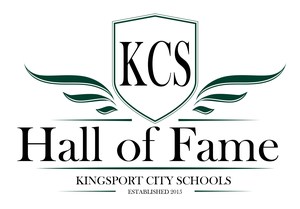 Established to honor and recognize employees that have made significant contributions to KCS and its students, the Hall of Fame will serve as the keystone award celebrating the district’s history of excellence.

“We are excited to begin the process to induct our second class to the KCS Hall of Fame,” said KCS Superintendent Dr. Lyle Ailshie.  “The success we are able to achieve today as a district is due to the efforts of the many great KCS employees that have served us well.  Because they laid the foundation of our world class journey, we are excited to recognize those key individuals that have come before us.”

The KCS Hall of Fame will feature up to two inductees annually in each of three different categories – “Legacy” (retired pre-1960), “Tradition” (retired 1960-1990), and “Modern Era” (retired 1991-present).  To be eligible for consideration, nominees must have been regularly employed by KCS for a minimum of five years and been retired from the district for a minimum of five years.  Any former KCS employee meeting the eligibility criteria (regardless of employment type) may be considered.

Nomination applications for the KCS Hall of Fame Class of 2016 will be accepted until May 1, 2016.  The nomination form and additional information can be found on the Kingsport City Schools website at www.k12k.com.

KCS has been named the top school district in Tennessee as winner of the 2014 SCORE Prize District Award by the State Collaborative on Reforming Education (SCORE) and has earned the 2014 Achievement Award in the annual Excellence in Tennessee Recognition Program by theTennessee Center for Performance Excellence (TNPCE).