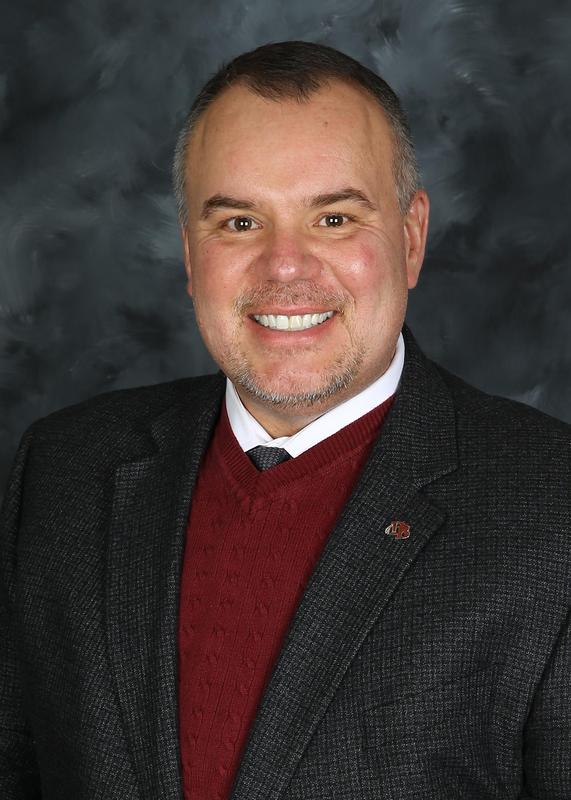 Dr. Chris Hampton has been named interim superintendent for Kingsport City Schools, effective November 1, 2022.
KINGSPORT, Tenn. – Kingsport City Schools has announced that Dr. Chris Hampton has been named interim superintendent for Kingsport City Schools, effective November 1, 2022. Dr. Hampton replaces Dr. Jeff Moorhouse, who will retire as KCS Superintendent on October 31, 2022.
For 11 years, Dr. Hampton has served as the principal of Dobyns-Bennett. Before becoming principal at D-B, he served as a special education teacher, school counselor, assistant principal, and secondary curriculum coordinator. Dr. Hampton will serve in the role of interim superintendent for KCS through the remainder of the 2022-23 school year.
"Dr. Hampton's knowledge of Kingsport City Schools and the components of the strategic plan just developed, along with his work at Dobyns-Bennett High School, will serve the district well in this time of transition as the Board of Education considers their path forward," said Dr. Jeff Moorhouse, Kingsport City Schools Superintendent. "He will aid in making this as smooth a transition as possible."
Dr. Hampton holds a Bachelor of Science degree in Special Education from East Tennessee State University (ETSU), a Master’s degree in Counseling from ETSU, and a Doctorate degree in Educational Policy and Leadership Analysis from ETSU.
"It is an absolute honor to have been asked to serve in this capacity," said Dr. Chris Hampton, KCS Interim Superintendent. "I would like to thank the Board of Education for entrusting me with this role.  As has always been the case, I will do my very best to give our students and staff the best experiences and resources possible to make each day better than the one before it. In the process, I want to further solidify Kingsport as the location of choice for public education."
In addition to numerous accolades earned by Dobyns-Bennett High School and numerous presentations over the years, Dr. Hampton has been named the 2021-2022 State of Tennessee Principal of the Year, received the 2019 University of Tennessee Field Award for Secondary Principal of the Year, named the 2019 Distinguished TRIO Alumni by ETSU, proclaimed by the Kingsport Board of Mayor and Alderman that April 15, 2002 was Chris Hampton Day, and named the 2000 TARGET Tennessee Teacher of the Year.

Kingsport City Schools (KCS) is a public school district located in Kingsport, Tenn., serving students in Sullivan and Hawkins county. The district has a total enrollment of over 7,600 students and is comprised of 13 schools, including a Pre-K, eight elementary schools, two middle schools, one high school, a high school program of choice, and an alternative learning program. The vision of Kingsport City Schools is to Inspire. Cultivate. Impact.